Home » What we do » Creative + Performing Arts » Cabaret

Kabaret Klub does what it says on the tin …we perform, and we entertain!!!

Ask anyone who has performed in front of an audience, it can be scary and amazing all at the same time and the friendships and memories made with fellow performers can last forever.

Our comedy influences include Mr. Bean, Laurel and Hardy, The Simpsons, The Young Ones, lots of slapstick and physical comedy and of… course Tom and Jerry.

We can’t wait to get back out there performing!

What to expect from Kabaret Klub

student led warmups of the voice and body

to be spontaneous but within a structure

working as a team

developing your stage presence and confidence

Students have formed their own clown troop called The Toilet Fish. Performing highlights from The Toilet Fish include students writing an original Panto called ‘Princess Perfect and the Golden Voice’ and performing it for local schools at Christmas. 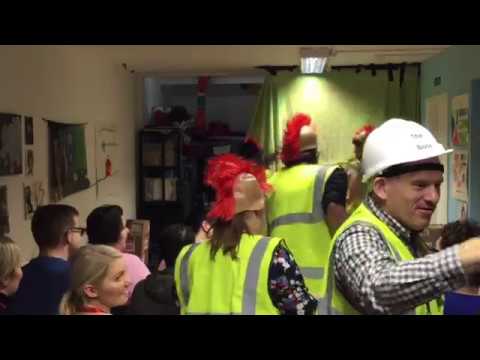 Safia joined PiP in 2017 and was enrolled in the Drama course and Women’s Group sessions. Safia is a natural performer with a keen interest and skill in comedy. As a result, she joined Cabaret group as soon as it was created and through participating in these sessions she has done multiple performances in front of different audiences, both at PiP and at professional theatres.

She is a natural on stage, making every audience member laugh with her comedic timing and witty lines. Safia later auditioned to take part in a dance project at the Royal Opera House. She felt more confident being a part of this project due to the drama and cabaret sessions at PiP, particularly the PiP Panto which provided experience of performing on stage and in front of a large audience.

The project with the Opera House has lead to her making friends outside of PiP, developing her confidence and encouraging her to have a healthier lifestyle, a personal goal she wishes to develop.

Be the first to hear our news including ways for you to support PiP through fundraising and volunteering. Subscribe today.

You can unsubscribe at any time. Read our privacy statement which explains how we use your information.

We use cookies on our website to give you the most relevant experience by remembering your preferences and repeat visits. By clicking “Accept All”, you consent to the use of ALL the cookies. However, you may visit "Cookie Settings" to provide a controlled consent.
Cookie SettingsAccept All
Manage consent

This website uses cookies to improve your experience while you navigate through the website. Out of these, the cookies that are categorized as necessary are stored on your browser as they are essential for the working of basic functionalities of the website. We also use third-party cookies that help us analyze and understand how you use this website. These cookies will be stored in your browser only with your consent. You also have the option to opt-out of these cookies. But opting out of some of these cookies may affect your browsing experience.
Necessary Always Enabled
Necessary cookies are absolutely essential for the website to function properly. These cookies ensure basic functionalities and security features of the website, anonymously.
Functional
Functional cookies help to perform certain functionalities like sharing the content of the website on social media platforms, collect feedbacks, and other third-party features.
Performance
Performance cookies are used to understand and analyze the key performance indexes of the website which helps in delivering a better user experience for the visitors.
Analytics
Analytical cookies are used to understand how visitors interact with the website. These cookies help provide information on metrics the number of visitors, bounce rate, traffic source, etc.
Advertisement
Advertisement cookies are used to provide visitors with relevant ads and marketing campaigns. These cookies track visitors across websites and collect information to provide customized ads.
Others
Other uncategorized cookies are those that are being analyzed and have not been classified into a category as yet.
SAVE & ACCEPT